Interested readers can find Scattering the Ashes on Amazon HERE. 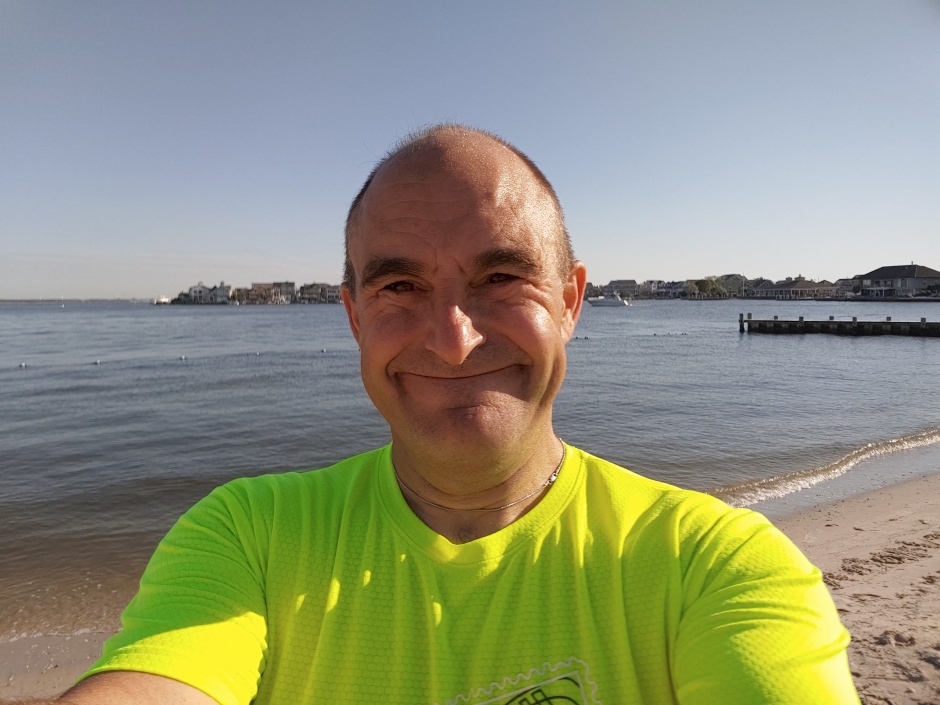 Well, I needed that.

It’s good to be back. Again.

It didn’t work out.

After the second of the planned four four-milers, I felt pain in the back of my right leg. A somewhat familiar pain. Stiffness.

Coming back after an injury can leave a person somewhat paranoid. Any pain in the back of my right leg makes me think, “Oh no, I re-injured the Achilles…”

But, after a short time, I realized it was just my calf that was stiff and tight and uncomfortable. The pain was way above the Achilles where I had surgery. Whew.

The calf was telling me that I was overdoing it. (I have a tenancy to overdo it, I want to back, 100% right now.) What makes me a different runner than before is that I am smarter now.

The pain, I quickly realized wasn’t an injury, it was my body telling me to slow down. My body said, “Don’t rush the recovery. I’ll come back in time… if you let me.”

So I took a few days off…

and that led to more than a week.

Have you ever been the principal of a school that looked to open a new academic year after being closed for about six months all during a pandemic?

But we did it – and it was a success. I knew we’d be able to open. We have great people at the school highlighted by an amazing staff of teachers. It wasn’t easy. It was a week full of angst and stress and so much more.

Everything was new. Some people were scared. There were a plethora of new procedures and schedules. We had students learning from home and some coming into the school. There were questions. Lots of questions. A plethora of questions. And I tried to answer them all immediately. I tried to be everywhere and do everything. (And I think I was – and did.) Each day I was at the school for about 14-hours. There were no lunch breaks, or dinner breaks. I lived on energy bars, iced tea, and sugar-free soda. (Certainly not the breakfast, lunch, or dinner of champions.) That’s no exaggeration either. I literally didn’t have dinner all week.

And none of that is an exaggeration or hyperbole. I literally did not have dinner for a week. (On the bright side, I lost a few pounds.)

Within all of this, I refused to take a day off of exercise. I didn’t have the time to stretch and run – and since I was leaving so early for work each day, I didn’t want to use the treadmill (which isn’t the quietest thing in the house). So, I used the quietest things I have – dumbbells and my exercise bike.

But I did it. I survived. The school opened. The kids were happy. The parents were happy. And the teacher were happy too. We pulled off the impossible. And we did it extremely well. This was a success story. All of the hard work paid off. (Doesn’t it always?)

Yesterday morning, I did an easy two-miler on the treadmill. It was my first run in about nine days and I didn’t want to push it. I then did a radio/youtube video podcast with the great Mac and Jack show before heading to see my family at the beach. (They had left a few days prior. Why not? I wasn’t around anyway… why not enjoy the last days of summer?)

After all of that, today was the run I was looking forward to – a nice 6.2 mile route at the New Jersey shore. My own personal 10K – a run I have done for two decades or more, from Chadwick Beach Island to the end of the Lavalette Boardwalk and back.

This is one of my favorite runs. I love this run. This run is one that gives me confidence. It is long enough to be a challenge but it’s flat and fast and, well, if one is at the beach, most often (not always) the stressors melt away.

This was my longest run outside since last October when I finally gave up on the marathon because of the Achilles pain.

Just me and the run.

I used to do this run countless times each summer, but this year I was only able to do it once. Today. Just now.

When we lose things and find them again, we appreciate them more.

Boy, did I appreciate this.

I went the distance, 6.2 miles, without stopping. I felt great. My stretching before felt great too. I have no pain or discomfort.

On Tuesday we’ll be back at it at work, but it should be a better week because we worked through the kinks. We’ve got this.

My run is in. I feel terrific.

And life is good!

It wasn’t easy, but it was easier than I thought it would be.

END_OF_DOCUMENT_TOKEN_TO_BE_REPLACED 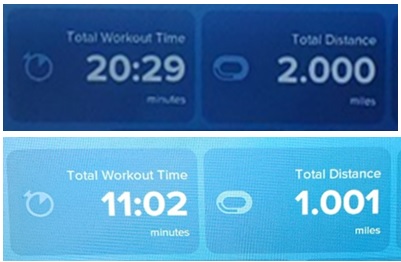 The mileage isn’t what matters here.

END_OF_DOCUMENT_TOKEN_TO_BE_REPLACED

Yesterday was supposed to be my last one-mile run before ramping up to a run of 1.25 miles as I steadily progress…

But progress, or success, and even life itself, doesn’t always go in a straight line.  Progress is not always forward.  Sometimes, in order to go forward, we need to take a step back.

END_OF_DOCUMENT_TOKEN_TO_BE_REPLACED 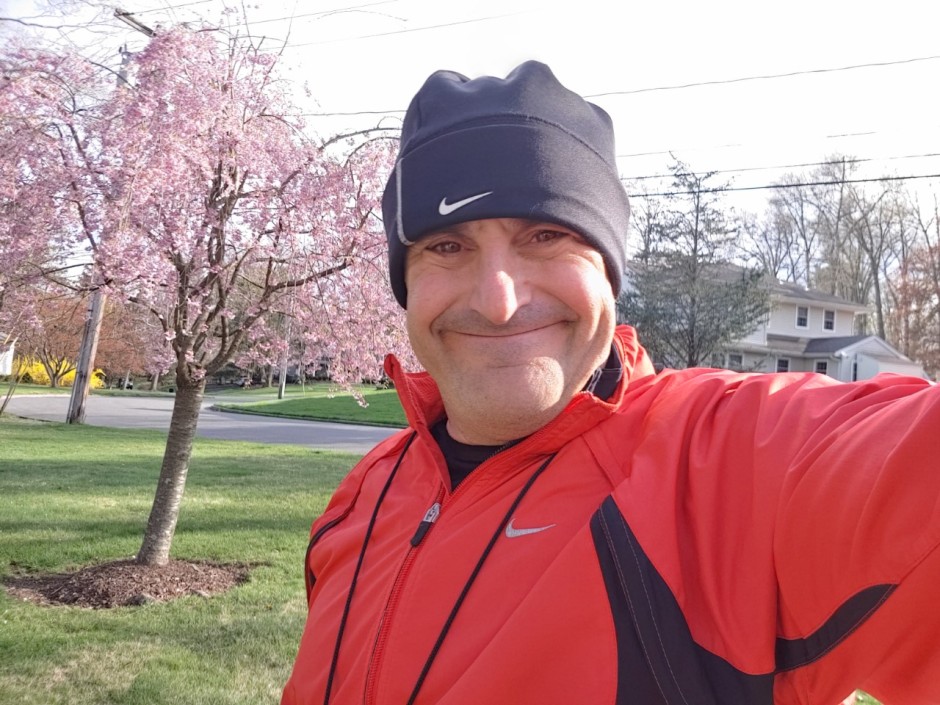 For this post, I’ll cover my last two runs.  It’s basically the same story in so many ways.

Two days ago, on Tuesday, April 14, I went out for my second one mile run.  This was the second time I would actually run the full one-mile distance.  The run itself felt better than on Sunday, and my time indicated I did much better.  I finished at 9:25.  That was significantly faster than the effort on Sunday.  I was pleased and proud.

END_OF_DOCUMENT_TOKEN_TO_BE_REPLACED

Today was Day #2 of my running comeback.

My goal was to run a half mile without stopping.  I measure all my runs in distance, not time, but my physical therapist wants me to run just in time increments.  Her recommendation was for me to run for five minutes.

My goal was a half mile.

In the end, it was basically the same thing.

END_OF_DOCUMENT_TOKEN_TO_BE_REPLACED

When I checked into the surgery center, I told the receptionist that I was there to begin my training for the 2020 New York City Marathon.  She smiled and said, “You must be Mr. Semendinger.”

I hobbled out of the surgery center on crutches my foot wrapped and in a heavy boot.  The surgery was a success.

END_OF_DOCUMENT_TOKEN_TO_BE_REPLACED

This is the story I didn’t want to write…

Two days after I pitched on June 23, I had my first appointment with the orthopedist.  This doctor is very well known and very respected.  He took X-Rays, put me through a battery of small tests, he examined my legs, took careful note of my right Achilles, and, after all of that, said that my baseball season, my softball season, and my running season are all over.

I knew this was coming.

We all knew this was coming.

I just didn’t want to hear it.

END_OF_DOCUMENT_TOKEN_TO_BE_REPLACED

Well, I am the happiest 0-4 pitcher on the planet.

I pitched well enough, I guess. I gave up more than a few hard hit balls for loud hits, some of them long drives for extra bases. I also gave up some weak ground balls for hits. And a few bloopers also fell in.

On the other hand, some popups were dropped or missed altogether by the fielders behind me, a few grounders went under the infielders’ gloves, and a few would-be ground outs resulted in poor throws that instead netted no outs.

(And, to be fair, a couple of the loudly hit balls were caught by the fielders behind me. If nothing else, my pitching kept the team on its feet.)

In short, for much of the game, there were a lot of runners on the bases as I pitched.