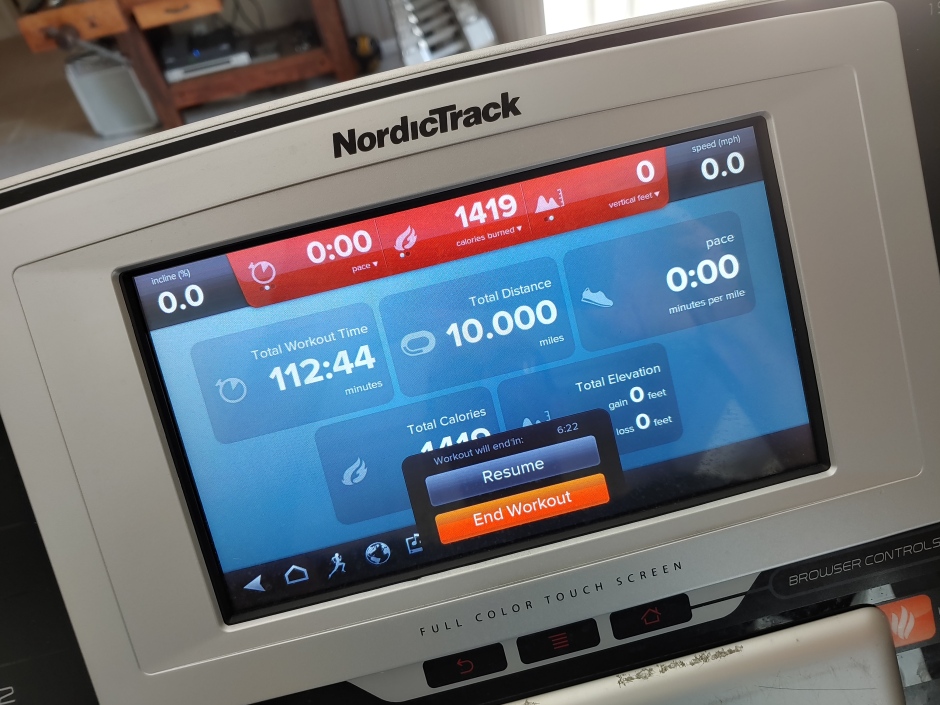 I didn’t really think I could do it this quickly.  I mean, ramp up to ten miles.  My longest run just a little over a week ago was six miles.  Then last week I did seven.  That was HUGE!

Up until the moment I decided to do a long run today, I wasn’t even thinking ten miles.  That seemed just too far.

And then, this morning, I thought, “Why not just do ten?”

And I crushed it.

So much of running is mental.  It’s having the right frame of mind.  It’s thinking (and believing) the idea that you can achieve something and then working hard to make it happen.

This morning I believed.  I believed and I achieved.  I ran the ten miles, but not only that, I ran negative two-mile splits the whole way.

and then I went for the Gold.

For Mile 10, I picked up my pace with each quarter mile –

And I wasn’t coming off Achilles surgery.

215 days ago I had surgery on my Achilles.

I used to wake up each day and believe that I could fly, literally (almost, at least).  I used to feel like I could run as far and as fast as I wanted.  I felt like I could do anything.  I was young and strong and indestructible.

And then I wasn’t.  I went through years of starts and stops hampered by the Achilles injury and other problems that probably came as a result of that.  Sure, I still ran races, even a marathon or two with the pain.  And there was something in that – being able to defeat pain… but it wasn’t running.

I didn’t feel like the wind.  I felt like something else. Something heavy and unmovable and slow.  I battled.  I pushed.  I gave it everything I had.

But it wasn’t running.

To just be able to run.

I missed this.  I wondered if it was part of middle-age, of growing older, of not being young any longer.

But part of me didn’t believe it to be true.  I still thought that maybe, just maybe, I’d be able to be the runner I used to be…maybe not quite as fast, but equally as strong.

To get there, I first had to spend a few weeks on crutches…

I was indestructible, until I wasn’t.

But maybe, just maybe, I will be again!