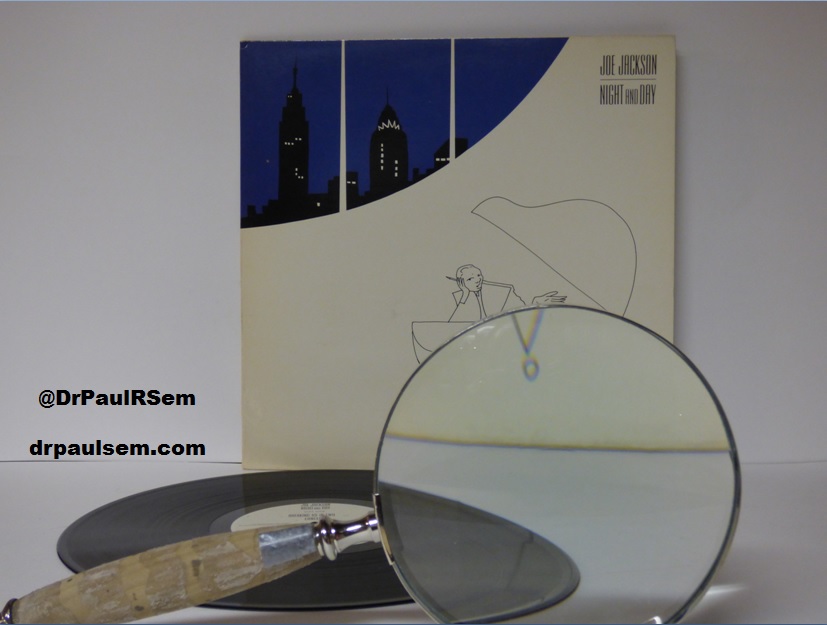 One of my favorite musical artists of all time is Joe Jackson.  I have always enjoyed his avant-garde approach to music.   It seems that every album he produces has a different sound and a different approach.  Every album is enjoyable in its own right.  That being said, my favorite Joe Jackson album remains the first one of his I ever purchased, Night and Day.

This a true story about Joe Jackson and how he once wrote some music just for me.

This happened a long time ago…back when the Internet was a new thing.  At that time, people could do a lot with e-mail.

I would venture to say that those were the days before SPAM and junk e-mail.  If you sent an e-mail, it went to the person you intended – and the person read it.  Seriously, people used to read all their e-mails.  (If you are at all skeptical about this, you’ll just have to take my word for it.)

At that time, I was taking private piano lessons and developing my (minimal) skills at tickling the ivories.  (At that time of my life, my saxophone only came out on very rare occasions.  The piano seemed like a more logical instrument to learn to play.  I always wanted to be able to play the piano.)

Today, I can (sort of) play the piano.  I don’t play well.  I’m no longer at the top of my game (which wasn’t a very good game ever, but is worse now).  But there was a time when I was getting to be an almost passable player.  I was getting there.

(Someday, when I retire, and I have more time, I will invest, once again, in building my piano skills.  Knowing this, my wife might not ever let me retire.)

Anyway, to the point…

One day as I was looking for music to play (Burgmuller and Hanon can get old quickly), I thought, “I wonder if I can find some Joe Jackson scores on-line.”  I began to search…

I found that Joe Jackson had a web page!  (Again, back then there wasn’t any guarantee that any person or product would even have a web page.)  As I explored the page, I found that you could pay a fee and download specific sheet music for his songs.

I found my favorite Joe Jackson song Steppin’ Out written for EASY PIANO and decided to pay the few dollars to get it.  I figured that Steppin’ Out would be a blast to play.

This might have been my first ever Internet purchase – I wasn’t quite sure about the whole thing and how it worked.  Somehow, they got my money (Pal Pay wasn’t invented yet) and then I was sent a file that allowed me to download the music.

With anticipation, I printed the music I paid for – and was thrilled and then immediately disappointed at the same time.

Yes, I got the song.  That wasn’t a problem.  The problem was that the piece was MUCH too difficult for me to play.  It was light years beyond my skills.

Realizing that I had nothing to lose, I sent an e-mail to the web page in reply.  I explained that I was a novice and had thought that the piece would be easier to play.  I asked if these was a version for Easier Piano.

Very soon after, I received a reply.  The reply stated that the person would check with Joe Jackson…

Soon after that, I received another reply stating , “Joe will write an easier version for you.  Please give him a few days.”

True to his word, a few days later I had an easier score of Steppin’ Out to play – written just for me, from Joe Jackson.

I printed the music, went to the piano, and started to slowly play the notes that were written just for me from a famous musician.

Post Script – I never was able to play the song very well.  The easier version was still much too difficult.