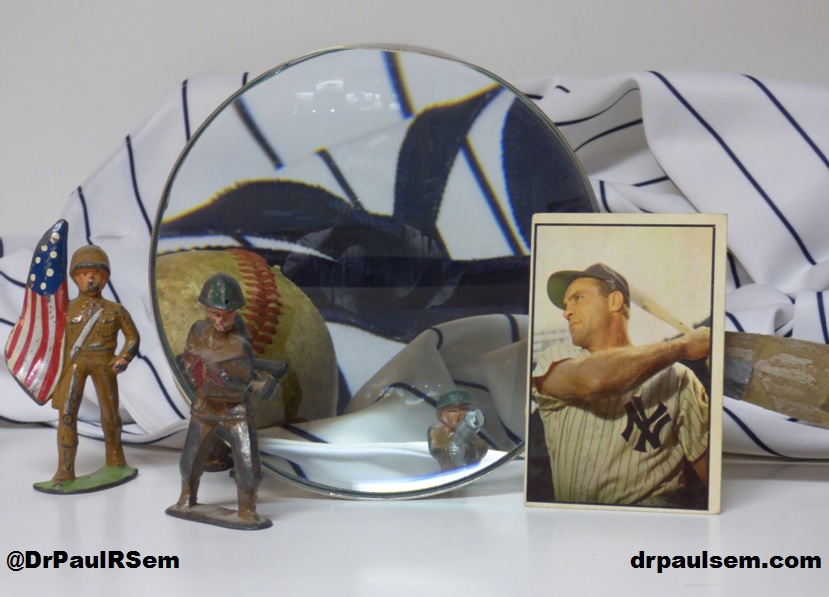 The following is an excerpt from a book, The Least Among Them, I am writing about the Yankees that is currently in development:

Over five hundred Major League baseball players enlisted or were drafted into the United States Armed Forces during World War II.  Of course, not all of these players saw combat or dangerous action.  In fact, during the war years there was some criticism that star players, being very athletic, were not more involved in combat.  This certainly wasn’t true of all big league players.  Former (and future) professional baseball players were present at most of the important engagements of the war.  This includes numerous players who wore the Yankee pinstripes.  The following list summarizes some of the battlefield action faced by Yankees players in World War II.