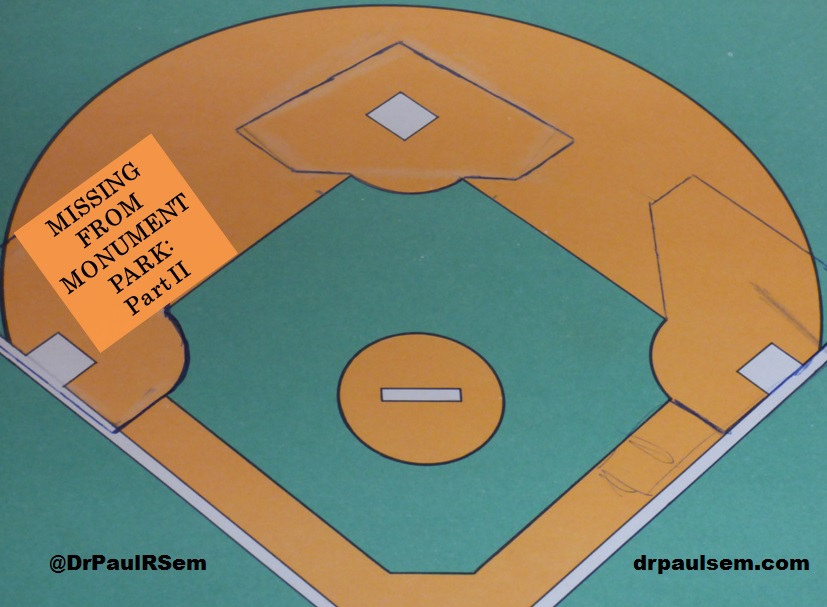 The following is the second of a three part series examining the greatest third basemen in Yankees history.  To read Part I, please click here:

After Red Rolfe retired in 1942, a series of third basemen came and went with the Yankees with none able to hold onto the position for more than a few seasons.  These players included Frank Crosetti (a shortstop who moved to third base at the tail end of his career), Billy “The Bull” Johnson, Oscar Grimes, “Snuffy” Stirnweiss, Bobby Brown, and Gil McDougald.  It wasn’t until 1954 that Andy Carey brought some stability to the position.

Andy Carey signed as a amateur free agent in 1950 and made a quick pass through the Minor Leagues arriving in the Bronx in 1952.  By 1953, he was in the big leagues to stay and by 1954, he was the starting third baseman, a position he would hold for five seasons through the 1958 season.  His best season was 1955 where he led the league in putouts, assists, and double plays at third base.  He also led the American League in triples (11) that season.  In his Yankee career, Andy Carey batted .266.

Andy Carey’s Yankees appeared in five World Series during his days in pinstripes, winning three and losing two.  Andy Carey’s greatest World Series moment may have been in 1956 when he made two strong defensive plays that helped preserve Don Larsen’s Perfect Game.

Although he was no longer the starting third baseman, Andy Carey remained a Yankee through the 1959 season.  Early in the 1960 season, he was traded to the Kansas City A’s in exchange for Bob Cerv.  Carey retired after the 1962 season after also playing for the Chicago White Sox and the Los Angeles Dodgers.

For seven seasons, from 1960 through 1966, Clete Boyer held down the third base position for the Yankees.  Although he wasn’t much of a hitter, Boyer held a .241 lifetime batting average as a Yankee, he was renowned for his defense.  Clete Boyer will be remembered as one of the greatest defensive third basemen of all time.  Many experts feel that he would have won many Gold Glove Awards, but it was Boyer’s unfortunate luck that he played at the same time and in the same league as the greatest fielding third baseman of all time, Brooks Robinson.

Clete Boyer came to the Yankees franchise as part of a colossal eleven player deal between the Yankees and the Kansas City Athletics in 1957.  Boyer had been signed by the A’s on May 31, 1955 as a “Bonus Baby” and was playing in the Major Leagues six days later.  As a member of the A’s, Boyer played sporadically between 1955 and 1957 appearing in 124 games over those three seasons before the trade to the Yankees.  Once he became a Yankees property, Boyer spent the better part of three seasons (1957-1959) in the Minor Leagues.

In 1960, Clete Boyer returned to the Major Leagues and became the Yankees starting third baseman.  He held the position through the 1966 season as the Yankees transitioned from perennial World Series winners to a second-division club.

In the years 1960-1964, Boyer played in five consecutive World Series, two of which were won by the Yankees.  His best World Series was 1962 where he hit .318.  In Game One of that series, Clete Boyer hit a seventh inning homerun to give the Yankees a 3-2 lead in a game they would win.  That series was the last World Series the Yankees would win until 1977.

Clete Boyer was traded to the Atlanta Braves following the 1966 season.  Boyer played with the Braves through the 1971 season.  In 1969, in the National League and away from the shadow of Brooks Robinson, Clete Boyer won his one and only Gold Glove Award.

Brooks Robinson won the American league Gold Glove Award for third base sixteen years in a row, from 1960 through 1975, an absolutely remarkable feat.  His outstanding play prevented other defensive standouts at the position from attaining that honor.  Because of Brooks Robinson, Clete Boyer was never able to win a Gold Glove in the American League.  Boyer, though, was not the only deserving Yankee candidate for the award who could not break Robinson’s hold on the award.  The other player who lost out to Brooks Robinson was the man who was one of the best third baseman in Yankees history, Graig Nettles.

Graig Nettles played eleven years as a New York Yankee.  During that time, he was a powerful hitter, a stellar defender, and a team leader.  In 1982, Nettles was named Captain of the Yankees, an honor that had been given only to Lou Gehrig and Thurman Munson in the previous 47 years.  Nettles is the only third baseman in Yankees history to have served as Captain.

Originally signed by the Minnesota Twins and then traded to the Cleveland Indians, Graig Nettles came to the Yankees in trade with Cleveland in November 1972.  This trade has been considered one the greatest in Yankees history as it brought them a cornerstone player who was integral part of their success in the late 1970’s and early 1980’s.

The 1973 season was Nettles’ first in pinstripes.  During that season, he brought stability to third base, a position that had seen various players, but no stars in the years after Clete Boyer vacated the position in the mid-1960’s.  The names of the players who patrolled the hot corner in those intervening years; Charlie Smith, John Kennedy, Bobby Cox, Jerry Kenny, Celerino Sanchez, and others, evoke memories of failed promise and poor overall play.  Graig Nettles changed all that turning third base from a liability into a Yankees strength.  In that 1973 season, Nettles played in 160 games and slugged 22 home runs to go with 81 runs batted in.

Although he was considered a clutch hitter, Graig Nettles was known even more for his defensive abilities.  As a Yankee, Nettles won the Gold Glove in 1977 and 1978.  Throughout the 1970’s Nettles ranked at or near the top in put outs, assists, and double plays turned by a third baseman.  As noted above, if not for Brooks Robinson, Nettles would have amassed more awards and even more recognition for his defensive play.  As it was, Nettles was an American League All-Star on five separate occasions.  Nettles is also firmly entrenched as the Yankees all-time leader in games played at third base.  During his Yankees career, Graig Nettles played 1,508 games at the hot corner.  The runner-up, Alex Rodriguez accumulated 1,193 games before injuries, a suspension, and age took him away from third base.  Red Rofle (1,084) is the only other Yankees player to amass more than one thousand career games at third base.

Graig Nettles’ defense might never have been more impressive than in the 1978 World Series.  In fact, it was Nettles’ stellar defensive play that helped turn the series around to secure a championship for the Yankees.  In the 1978 World Series, the Yankees dropped the first two games, played in Los Angeles, to the Dodgers.  With their backs virtually against the wall, Game Three became a must win game for the Yankees.  The Yankees scored lone runs in the first and second innings, but were in danger of losing this small lead throughout the game.  Time and again, Nettles made outstanding defensive plays to preserve the lead.  Each play was seemingly better than the one before it, and they always seemed to come at the most critical times when the Dodgers were just about ready to break the game wide open.  The Yankees went on to win that World Series, but it is unlikely they could have had not Nettles been patrolling third base.

Graig Nettles manned third base through the 1983 season.   Just before the 1984 season, Nettles published an autobiography, Balls, that was critical of his time in pinstripes.  During that era, a number of Yankees, including Sparky Lyle (The Bronx Zoo), and Billy Martin  (Number 1) also wrote less than positive memoirs of their days with the tumultuous Yankees in the 1970’s and 1980’s.  Nonetheless, Nettles was traded to the San Diego Padres where he teamed up with another former Yankee, Rich “Goose” Gossage and helped lead the Padres to the 1984 World Series.  Nettles played with San Diego for three seasons.  After brief stops with the Atlanta Braves (1987) and the Montreal Expos (1988), Graig Nettles retired from baseball.

Based on his longevity, his power hitting, his exemplary fielding, and the championships won during his time in New York, many consider Graig Nettles to be the greatest third baseman in Yankees history.

One thought on “Missing From Monument Part – Part II”